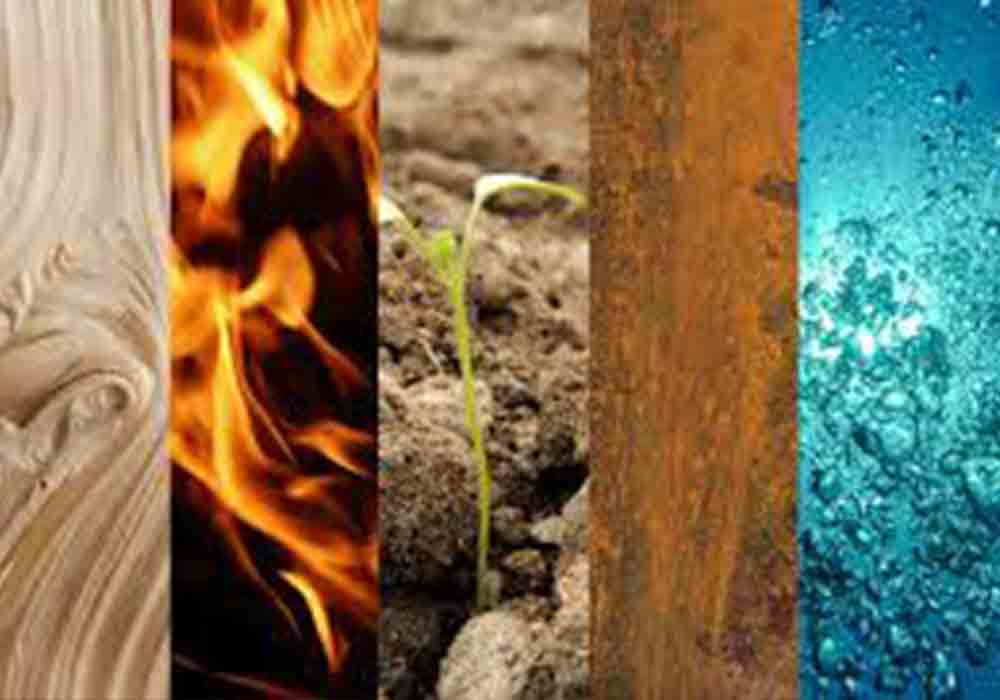 Followers of Satya Dharma i.e. Fivefold Path of VEDAS as ordained by Paramasadguru Shree Gajanan Maharaja (Shivapuri-Akkalkot, India) often sing the Sapta Shloki along with the practice of daily Agnihotra.

Sapta Shloki is a Sanskrit word meaning ‘Seven Verses’. It is in Sanskrit. These seven verses were revealed unto Shree by Divine Grace. In these simple, lucid and compact verses the basic principles, the essence of eternal VEDAS are ordained. Sapta Shloki ordains the fundamentals of happy & peaceful life on the planet. It ordains the Fivefold Path consisting of YAJNYA (Agnihotra), DAAN, TAPA, KARMA & SWADHYAYA which is the royal path of liberation. Sapta Shloki is not a human composition or a mere poem. It is a divine revelation like Bhagavat Geeta or any other divine scripture.

On September 21st, 1944 a vision was given to Shree. He was sitting on a wooden couch in the central hall of Gurumandir monastery in Akkalkot Lord Parashuram, the sixth eternal avatara, appeared in front of HIS’S eyes. Shree was shown four dogs which were lying nearby. These dogs were dying, extremely diseased and feeble. Faint traces of life appeared on them. They were laboriously breathing. Shree felt deep heartfelt compassion towards these dogs. Lord Parashuram pointing towards these dogs remarked, “Lo, presently this is the condition of the Satya Dharma of VEDAS.”

He wanted to suggest that the Satya Dharma is diminishing and dying from the face of the earth just like these dogs. The ancient path of happy living was in pitiable condition. The four dogs were symbols of four VEDAS vis Rigveda, Yajurveda, Samaveda and Atharvaveda. The simile of four dogs indicating four VEDAS has been used elsewhere in VEDIC mythology. Lord Dattatreya is often pictured surrounded by two dogs on either sides. A cow stands behind Him which is the symbol of mother earth.

Being overwhelmed by compassion Shree promptly replied unto Lord Parashuram “If this is the condition, then I will rejuvenate the VEDAS.” Immensely pleased on receiving the promise Lord Parahuram said, “This is my Gurudakshina, my fees of being your Guru” Vision was suddenly over and the scene disappeared. Shree became aware of the world around Him. This vision was given during day time. It was being enacted in a special dimension.

Next three days He spent in Mauna. He observed total silence. Shree wanted to purify and strengthen His speech by means of speech-Tap and deep meditation. Now that He realized what was the divine will, the expectation of Lord Parahuram from His beloved disciple. He wanted to formally make announcement of the vow. The historic day designated by Shree and destiny for uttering the vow dawned. It was the tenth day of VEDIC month Ashvin, year 1966 and Vikram era 2000. English date was September 27, 1944. Time was 9 o’clock in the morning.

To Shree’s great joy and delight Lord Parashuram once again blessed Him by appearing in body. His joy knew no bounds.. He could not control the tears of joy rolling from eyes. Touching the holy lotus-feet of Lord Parashuram, ceremoniously sprinkling waters on them, Shree uttered the most difficult Vow,
I WILL RESUSITATE THE VEDAS

Indeed this historic moment was to change the course of mankind. This vow was to put an end to the era of darkness, ignorance and evil referred to as Kaliyuga. This moment was the ushering in of the New Era which Shree was later to name Satya Vikram Samvat. Calculation of fresh time as if commenced from that divine moment since when Shree had uttered the vow. We are now living in the 55th year of New Era of peace, prosperity and happiness. After uttering the vow ‘Sapta Shloki’ was revealed unto Shree. Shree was the first singer of Sapta Shloki. Since then these divine verses are ringing throughout the world every sunrise and sunset.

The day on which Shree uttered His vow and Sapta Shloki was revealed is known as Vijayadashmi-day. It is the 10th day of VEDIC month Ashvin. Traditionally this day is associated with ‘victory acquiring wealth and success.’ Truly on this day the victorious march of Fivefold Path has begun on the planet. Let us celebrate this special occasion by making a personal commitment to Shree that we will follow Fivefold Path with great devotion and dedicate our lives towards the divine cause of propagating it throughout the mankind.