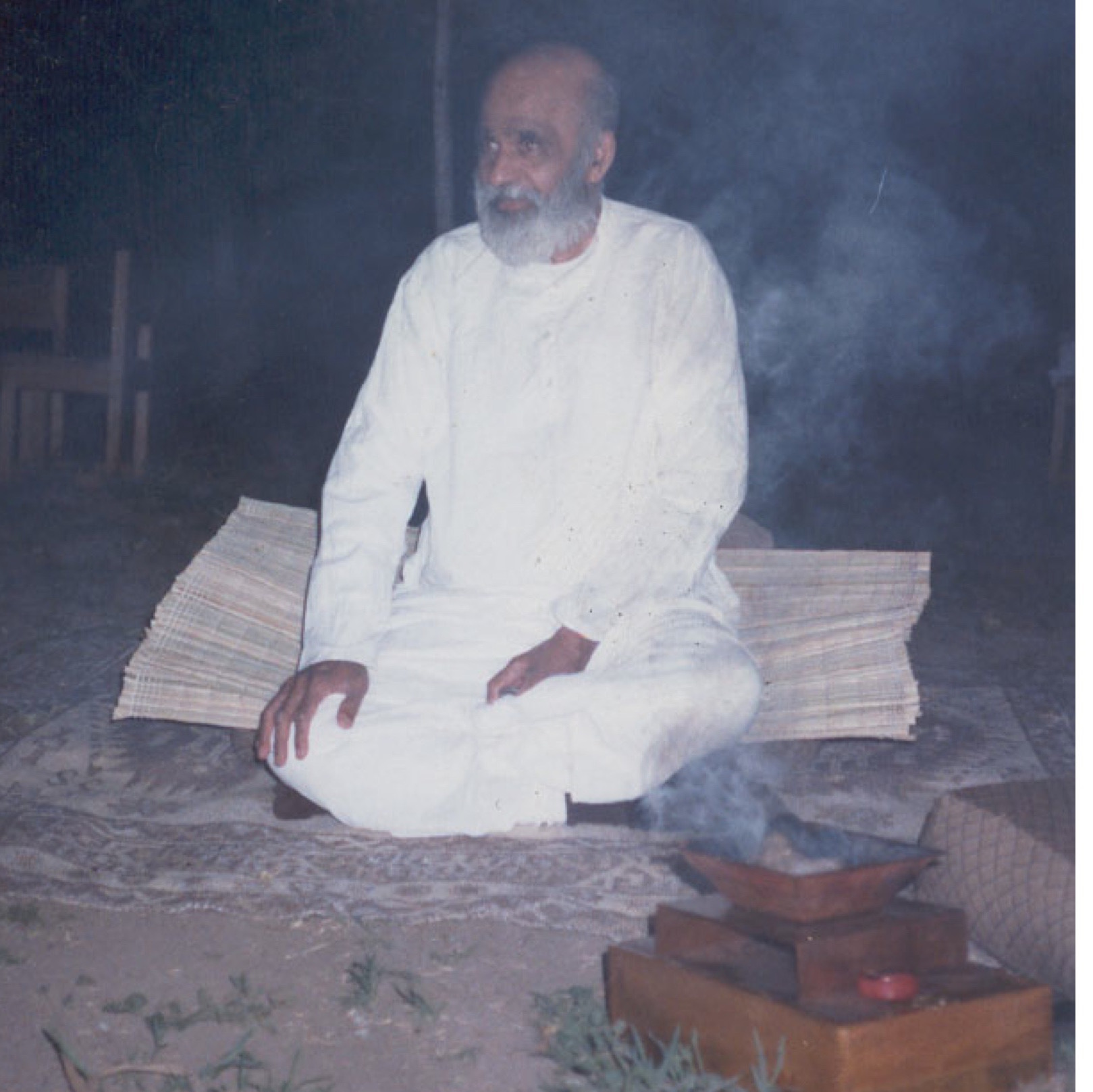 That nobody can deny.”

So runs the refrain.  Who is this jolly good fellow of modern times?  How does he live?  He is a connoisseur of good and hard liquor.  He likes to get “stoned” once in a while.  He also takes delight in “tripping.”  As a pre-schooler, he spent more time watching TV than he did in classrooms during his years of college.  He has witnessed thousands of murders and other crimes on his Tv set; he has also enjoyed several promiscuous movies.  He has been brought up in a permissive atmosphere, mistaking bra-burning for women’s lib.  He has been starved of good health food products.  He is reared in vitaminized, homogenized, fortified and strengthened food items.  He is the victim of hundreds of food additives that ravage the bodily sheath.  He eats corned beef, smoked fish, hamburgers and frankfurters which have chemical preservatives and color retainers.  Food chemist have now discovered that additives like cyclamates and other prove to be most formidable carcinogens.  To use plain language, carcinogens are cancer-producing agents.  These agents of death have simmered in our kitchens disguised as taste builders and eye soothers.

In his school, college and home, the jolly good fellow is using deodorizers and air fresheners which have adverse effects on his respiratory system.  Out of several such products examined by research laboratory, many were found to reduce reading comprehension among children.

The jolly good fellow has to spend many, many hours over his auto, either commuting or repairing.  Carbon monoxide belches out of his exhaust pipe,  spreading colorless, odorless and tasteless death.  He thinks he has paid only four thousand dollars for his new model car.  He forgets he paying through the nose in terms of polluted air and all the  diseases that follow.  He is bled white but does not know it.  If the jolly fellow were told he may enter paradise after, the first thing he would like to find out  would be whether sufficient parking place is available there.

The jolly good fellow commutes long distances to go to his place of work.  He has to pass through rush-hour traffic both ways, thus adding terrific strain on his already overburdened mind.  Every traffic signal that turns red throws him into a fit of emotional reaction.  If he manages to cross the intersection while the light is still yellow, he feels greatly relieved.  Every small thing disturbs him.  His emotional pendulum is swinging all the time.  His wardrobe is stuffed with clothes enough to last a lifetime for any person.  However, he persuades himself to add to his wardrobe every time he sees something nice in a newspaper ad or on a TV commercial.  Mail-order literature is flooding him all the time and he takes recourse to that also.  He must have a credit card of course, nay, several credit cards.  Sometimes the profits on credit charges exceed profits on the article itself.  However, our jolly good fellow pays for both.

With hectic living, his nervous system is wrecked and his mind tortured.  He may know how to reach Frankfurt from Washington in a few hours, but he does not know how to enjoy deep sleep without recourse to sleeping pills.  He has become a pill-popper, a barbiturate addict.  This habit intensifies feelings of depressions after the sedation has worn off.  He then takes recourse to more and more liquor, drugs and sex to counteract his depression.  He derives moments of pleasure, but he is paying heavily in terms of neurology.

All this changes attitudes to life, and he becomes a hapless victim of man-made chaos.  Add to this heavy doses of pollution that result in various bodily and mental ailments.  The automobile pollution, pollution from factory chimneys, the noise pollution, the nuclear pollution, pollution from the carpet of oil that surrounds coastal areas – – – all these beleaguer, fatigue and destroy the jolly good fellow.  Is it small wonder that psychiatry rules the roost?

The jolly good fellow while in his early teens had already started imitating his parents and playing the “become – a – man” game.  He has cajoled himself into having a few puffs of dad’s and mom’s cigarettes.  His bronchi become irritated and any germs from polluted air that landed inside could find a fertile soil to thrive.  This could have been the beginning of a tubercular or cancerous region within the bodily tabernacle.

The “do-it-yourself” jolly good fellow is a glutton at the dinner table.  Constipation leading to gastritis attacks him.  A few pills, some rest, and he is back at it again.  However, the cause persists and the effect follows.  His heart pump overworks to supply the necessary energy eaten up in digesting the loaded intestines; his liver gets sluggish.

The jolly good fellow indulges in sex exuberance calling it “fun in life.”  This demands additional energy for recuperation.  He takes recourse to alcoholic beverages to do the job.  A glass of wine works remarkably well in the beginning.  Soon, he must have more and more of it to  keep him going.  He becomes an alcoholic. The acuity of his intellect suffers; his cognition becomes dull.

The jolly good fellow then takes to drugs.  Drugs relax his muscles and stimulate his tensed nerves.  The effect is temporary and chances of addition increase.  Addiction leads to accumulation of toxic factors.  More drugs and symptoms are suppressed while the root persists.  The misery continues with weakened power of discrimination. With battered bodily apparatus and  shattered nerves, the jolly good fellow happens to come across some yoga books.  He is amoured of ancient wisdom and imagines he can acquire all the yogic powers by doing a few yoga ASANAS (physical postures) and PRANAYAMA (breathing techniques).  He accentuates his flight of fancy and wants to ride to heaven on someone else’s back.  Somebody tells him he must meet a GURU.  He joins some organization, spiritual or not-so-spiritual.  He fondly hopes to extract happiness from his crude attempts at meditation.  His attempts at meditation may be compared to the attempts of a toddler trying to pilot a spacecraft.  He fails miserably and disappears.  He does not yet realize that he tried to have the best of both  worlds.  However, this can never be.

Sometimes, by fortuitous circumstances, he meets a truly holy person and gains some light.  (No circumstances are truly fortuitous, as it is all the interplay of destiny and free will.)  He wants to continue the discipline but his mind and body does not allow him to practice any discipline for any length of time.

The jolly good fellow has children who are stepping into adolescence.  The children have their own problems and he does not know how to handle them.  Dad and Mom have been too busy all these days earning dollars and keeping up with the Joneses.  No wonder the children get irritated, confused and boisterous.  Dad and Mom plan a remedy.  They  must start going to some church, synagogue, temple or mosque hoping that the children would follow suit and thus keep away from undesirable company.  Alas, the children do not generally do what Mom and Dad want them to do.  Mom and Dad become members of various neighborhood committees to allow free play for their ego.  This has no effect on the children either.  Then start the rounds of counseling and psychiatry.  In the meantime, two out of seven Moms and Dads part company, and this puts immense strain on the minds of growing children.

All the above takes place despite the best intentions, best of intelligence and best of material paraphernalia.  How can we expect to find contentment in such a life full of complicated behavior patterns?   Contentment can only come when we refuse to seek happiness outside of ourselves.  Contentment can come only when we recognize the law of cause and effect, the law of “reap as you sown,” the law of Karma.

Ancient wisdom given through Vedas sheds enough light to get us out of this impasse.  Vedic wisdom is the basis of KRIYA YOGA.  The Fivefold Path covers KRIYA YOGA.  It is well-suited to the sharpened intellectuality of modern times.  Tranquil mind helps to keep the somatic and hormone functions in equilibrium.  Medico-philosophical concepts given through the Vedas need no revision.  The harmonious flow of Pranic energy through the system helps change the reactions of the mind to the conditions outside.  Purification of Prana reduces the burden on the mind.  The process of Pranic purification through the agency of fire is given through Vedic wisdom.  Purified mind automatically makes clear to us what is good Karma.  When we cognize the law of Karma and its corollaries, we are better able to plan our future.  We then refuse to blame others for our circumstances.  We shake off all indolence, catch the initiative and take quick steps towards the Kingdom of Bliss that is within us.

Our jolly good fellow one day reads about the Fivefold Path of Eternal Religion (Satya Dharma).  He starts Agnihotra, the smallest form of purificatory process through the agency of fire.  This is a great material aid and he experiences tranquility of mind.  His load of anxiety is reduced.  He begins to experience that he can control his greed and lust.  He starts treating all his assets as a trust and begins to share a portion of them with others in a spirit of humility.  This brings about detachment to worldly possessions.  Detachment gives strength to bear the ups and downs in day-to-day life.  He willingly undergoes simple discipline, practices simple methods of body, mind and speech purification, and notices that powers which lie dormant slowly become manifest.  He invariably gets into the habit of performing good deeds without getting attached to the fruit of the action.  Thus he never becomes prey to emotional outbursts that accompany every change in circumstance.  He is always watchful of his thought, word and deed.  Thus springs forth an attitude of love towards his fellow beings which expresses itself in service to his fellow men without expectation of name, fame or material gain.

Shree Vasant on Self Development
April 25, 2016