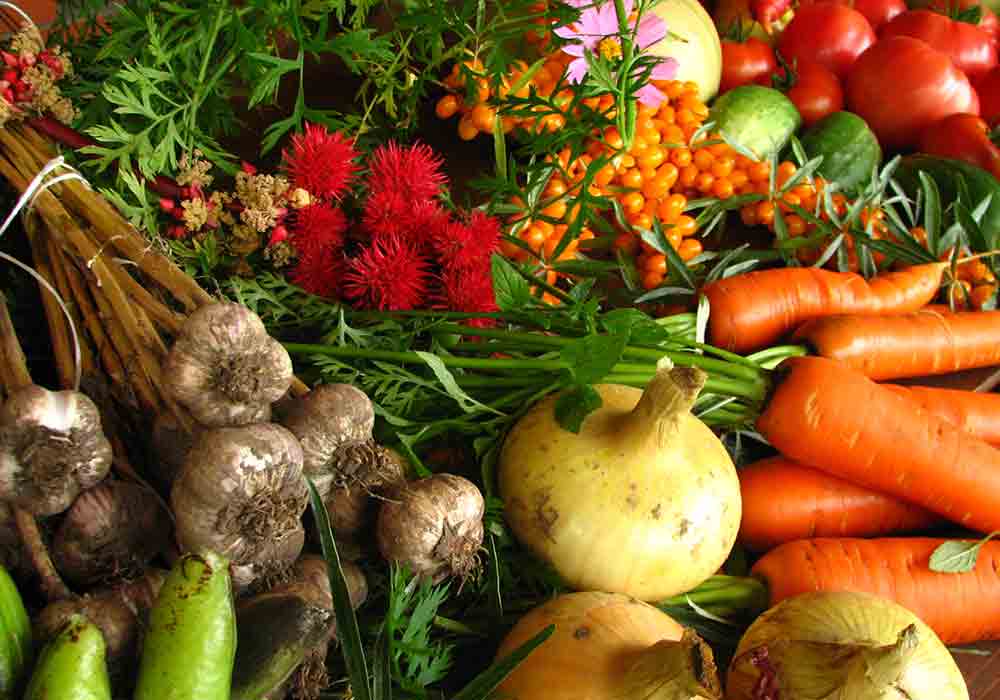 The Headquarters of the Zone Leoncio Prado-Padre Abad Certifies that since 7 months, in the area of Alto Huallaga, an Organic and Ecological technique called HOMA THERAPY, is being applied in the rejuvenation of the crops of the region, achieving a substantial reduction in the existence of different pathogenic agents. As a consequence, plagues and diseases were eradicated, the yield of the harvest was increased, the fruit grew healthy, with better color, taste, weight, texture, etc. Since many years efforts have been made to get out of the emergency situation concerning plant health with methods such as cultural control, chemical control, biological control, legal control, etc. without having achieved any success.

In the zone of Alto Huallaga to date we have 30 modules established and more are being installed in agricultural areas in which HOMA THERAPY is being applied, each one with 40 hectares. This makes a total of about 1,200 hectares. All of them are under an integrated system of permanent crops such as plantains, bananas, papayas, cocoa, citrus, avocados, coffee, tea, star fruit, mango, etc. These cultivation are combined with plants of short vegetative cycle such as rice, corn, soya, nuts, sesame, etc. and complemented with apiculture activity and breeding of cows and bulls.

We give full support to Dr. Gloria Guzman Mendez in her capacity as expert and the person in charge of AGRICULTURAL HOMA THERAPY in our area of influence and we have considered to give total support to the farmers who have been working in the application of HOMA THERAPY, because with their work, they are making a contribution in favor of agriculture, of the conservation of soils, forests and the preservation of the environment in the area of Alto Huallaga.

Subject: Diagnosis of the situation on the Agricultural Farm in PICURYACU

Through this letter I want to greet you and report to you, that according what was coordinated under your direction, a local visit was carried out to the Farm where HOMA THERAPY is being practiced under the direction of Dr. Gloria Guzman M. in Picuruyacu in order to evaluate the situation of the Farm.

Enclosed please find the results of the evaluation and description of achievements obtained with HOMA THERAPY, for your information and further action you choose to take.

Initial State:
• Cocoa plantation, more than 25 year old.
• Pruning done with hatchet, without technical criteria.
• Broken branches, knuckles became sort of nurseries for black ants.
• Felled trunk trees, stripped from branches and leaves.
• Plants covered by moss and other parasite plants.
• An area with problems of ants which cut the leaves called “UTACA” which had continued to destroy the foliage of most cacao plants.
• Plants with no shoots at the base of the trunk.
• Abundant weeds, specially the “Cortadera” (a pernicious weed) which had reached approximately 2 meters height.
• Lack of the growing point in the plant, due to wrong pruning.
• Ants in the cultivation field, turning the soil not suitable to grow new crops and making agronomic management very difficult. Thus, the place was abandoned five years ago.
• The cocoa plantation was unproductive was unproductive. It had some very old fruits, destroyed by the fungus Moniliasis.

PLAGUES
a) Ants
b) Bugs which undermine fruit

The cocoa plantation was in a situation of emergency concerning the health of plants. Three months after having started the application of HOMA THERAPY, it was determined that through the implementation of this technique of organic agriculture called HOMA THERAPY one can observe the following:

* That in the cocoa plantation, the presence of Moniliasis, witch’s broom,
phytophtora, and attack plagues (bugs) does not exist.

* Concerning production, one can observe the plants producing healthy
fruits of good size, showing luminosity in the texture of each fruit or
bean.

* The plants are full of vigor and with abundant production foliage.

* Most of the production units are in full flowering. Flower cushions are
well activated, because there is minimal presence of moss in the trunk of
the trees. The moss dried up in spite of the rainy season. These months
of observation have been the ones when the rains began. The fact that
the moss and other parasite plants dried out is due to the application of
HOMA THERAPY.

* The signs of witch’s broom and other sicknesses and plagues were
substantially reduced until they disappeared. At the same time, the
production of healthy fruits increased in number and quality, obtaining
bigger and better cocoa beans / cocoa seeds (almonds). A harvest was
carried out each 10 days.

* Due to the quality of the cocoa seeds which are free from diseases, a
nursery of cocoa siblings was started, which is under observation.

BEHAVIOUR OF THE LEAVES:

The plants observed side the experimental are:
From an average of 100 plants all leaves look full of vigor and are free of stains. There is no witches’ broom. The leaves are very healthy.

PRUNING DUE TO HEALTH REASONS:

After finding the cultivation in bad shape due to the severe pruning carried out without technical criteria, the plants lacked signs of life, their trunks and stems were split apart, providing a dwelling for ants. The trees had wounds which gave favorable conditions for diseases produced by fungi.

With HOMA THERAPY techniques, however, these trees were rejuvenated. We can observe positive results in the effect of disease control. Badly developed plants, plants whose trunk was left with no branches, branches with old leaves, plants that could barely breathe or carry out the photosynthesis – they are producing fruits, even though it is not harvesting time.

Concerning the cultivation of Mango one can observe a tree which had stopped producing 4 years ago and had produced only once. It was a plant with problems in the leaves, they were full of white stains.

Without having any knowledge about this specified disease, “Homa Therapy” was applied in September, the time of greater flowering and fruition. The outcome was very positive: the tree started to produce mangos again. Also, mango plants from the neighbors adjacent to this farm had problem with the Fruit Fly and they used to produce mangos full of worms. Now, this year fruits are healthy and of good quality. This means that HOMA THERAPY technique functions at all levels and it has immediate effect.

LIME tree with health problems, attacked by “UTACA” ants. These ants were making holes in the leaves. The plants also were suffering from defoliation (they were losing the leaves). The plants did not have any shoots at their base.

ORANGE tree with problems of antracnosis, moss and ants.

In short while, after HOMA THERAPY techniques were started, one could observe the results. These plants had a TOTAL RECUPERATION after applying HOMA THERAPY. Each 7 days new leaves began to sprout. Thus the plants were REJUVENATED. The same happened with the LEMON and CHERRY trees, which had never produced fruit and now they are in full production.

NOTE: In this area of 2 hectares of plantation such as cocoa, mango, citrus fruits, coconuts, etc., where HOMA THERAPY is applied, no agro-chemical products are used.